SoundCloud Go is a fairly new subscription service, aiming to go head-to-head with some of the biggest music streaming apps like Spotify and Tidal.

Although less than groundbreaking in this scene, SoundCloud is home to quite a few independent acts, bands and artists – giving you the opportunity to discover tracks from up and coming talents you can’t hear elsewhere.

SoundCloud Go claims to provide listeners with access to over 125 million tracks from both prominent artists in the industry and independent artists alike. Given the numbers, SoundCloud Go sounds like an impressive music streaming app that may be worth your buck – but is it?

We made a list of the pros and cons (yes, checked it twice!), comparing this service to some of its biggest competitors. Keep reading to learn if SoundCloud Go might be right for your career! 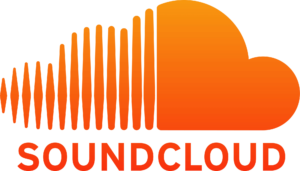 Let’s Talk About the Pros

Over 125 million tracks in one platform

SoundCloud Go is home to over 125 million tracks – that means endless hours of music even for the most hard core music aficionado. Some of its biggest competitors do not even come close – Spotify only has 30 million tracks while Tidal has 40 million tracks.

SoundCloud Go has the most extensive music library compared to other music streaming subscription services out today.

While this isn’t anything new, we cannot ignore that the absence of ads is a positive factor. Those who sign up for their premium services also get to listen to their songs offline after downloading, which is convenient when you want to manage your data connection or if you have unstable internet connectivity.

By signing up for $9.99 a month, you gain access to A-list tracks that are exclusive to paid subscribers.

The full SoundCloud library isn’t available on the free plan, so you’re getting the VIP treatment with your membership. You get to listen to the freshest tracks from some of the biggest names in the industry as well as from independent acts and labels.

SoundCloud Go has a unique feature where artists like Rihanna and Kanye West can create a playlist with all their favorite tracks.

This app lets you you listen to whatever they are listening to – that's just like having your favorite artist DJ for you. Who doesn't want music recommendations from Yeezy himself? 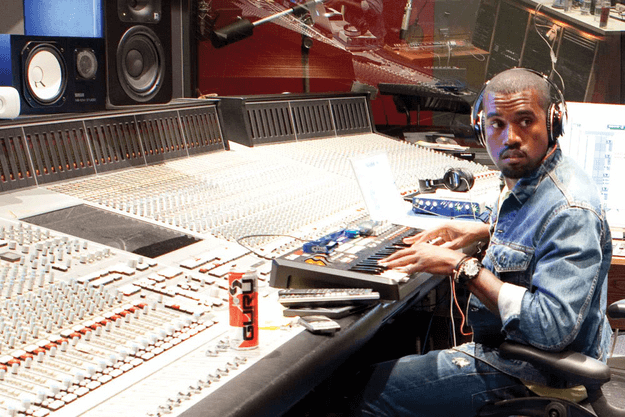 A hub for music discovery

If you’re big on the indie music scene, SoundCloud Go is definitely for you.

SoundCloud relies heavily on users who upload tracks onto their platform – kind of like YouTube but for music. The vast majority of the tracks on SoundCloud are user uploaded. From covers to originals, SoundCloud is definitely a hub for undiscovered talent.

Stations and tracks recommended according to your tastes

SoundCloud monitors the kind of tracks you like, and generates recommendations based on that and their algorithm. It's good for you and it also helps SoundCloud musicians gain more followers.

This is a unique feature for all those adventurous music lovers out there. It’s like having a really good friend with the same taste in music link you to new songs she’s been obsessing over – except you don’t have to pretend you like it when you don’t!

SoundCloud has always been known for their user-friendly interface, and SoundCloud Go doesn’t disappoint.

The app boasts of functionality and just the right amount of style. SoundCloud made the right decision in stripping to just the bare necessities with SoundCloud Go and as a result, their app runs smoothly on mobile devices. 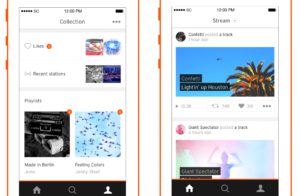 SoundCloud Go makes downloading a track that you like a whole lot easier.

Compared to its competitors, SoundCloud Go has an option where liked tracks can be automatically downloaded and made available offline. If you think downloading a track you like is too much work, this app will definitely change that.

SoundCloud is a platform that knows its content creators. They know that the best way to help independent artists is by recommending them alongside bigger names.

If you’re an up-and-coming musician uploading tracks on SoundCloud, you have the opportunity to be recommended alongside bigger bands and even those you look up to – it’s almost like opening for your favorite band. 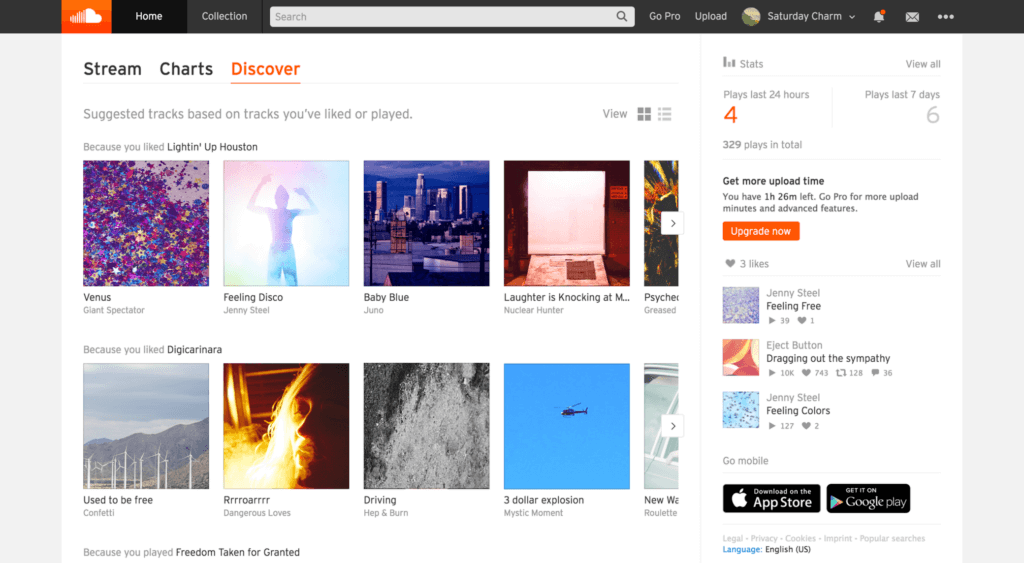 Creators have full control of their tracks

If you’re dropping a new track, you can either offer it for free to hype up your launch and then put it behind a paywall to optimize monetization. This is a great marketing tactic for those looking for ways to create a buzz over their track.

Now, Let’s Talk About the Cons

It’s as organized as your little brother’s room

Although the interface is generally user-friendly, we can't say the same for its overall organization.

One thing to keep in mind is that there are no albums as we traditionally know them on SoundCloud Go. You have to look up an album track by track – we know, it’s a lot of work.

If you’ve grown accustomed to Spotify’s elegant organization or iTunes well curated and laid out music library, SoundCloud Go’s playlist might have you feeling dazed and confused – and not for all the good reasons.

Albums? What are albums?

As mentioned earlier, you will have no way of finding an entire real-life album on SoundCloud Go unless the artist creates a playlist for you (which are also called albums – a bit confusing).

If you want to listen to Beyonce’s latest album, have an extra jar of patience on standby because we doubt Queen B has time to create a playlist for you.

This is also where the saturation of user-uploaded content backfires. Searching for a track will give you a long list of mixes, covers and mashups so you might have to scroll through a few before you find the track you are looking for. 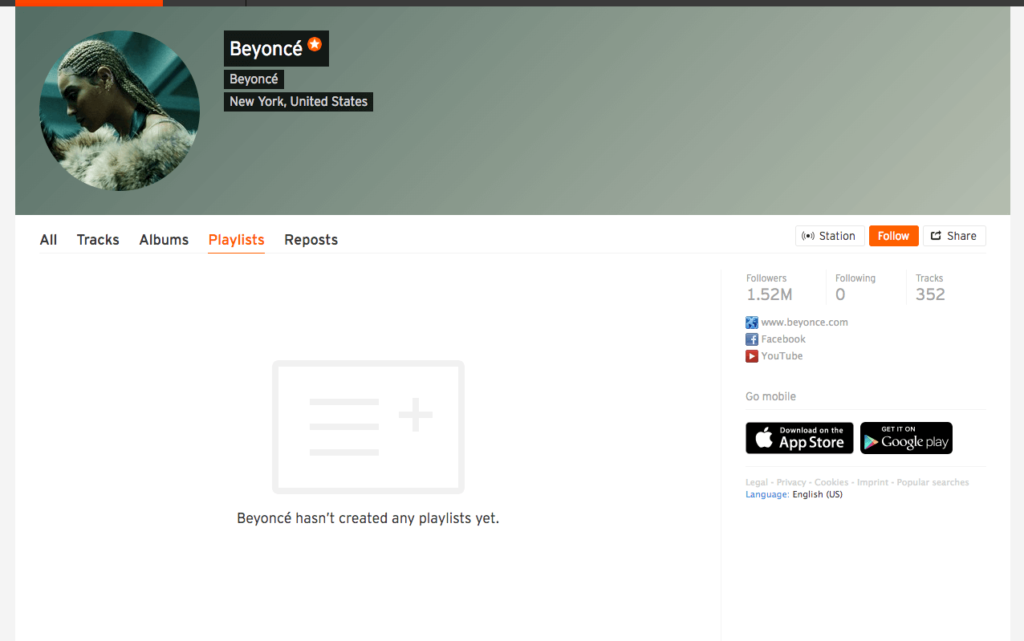 You only get 15 million tracks

While 125 million tracks might sound impressive at first, you have to also consider the fact that 110 million of those are user-uploaded – which means you are really only getting 15 million licensed tracks with your subscription.

This is a far cry from Spotify and iTunes’ 30 million and Tidal’s 40 million. If you look at it that way, you’re paying around the same amount for far less licensed music.

It’s missing some of the biggest names

If you’re the kind of listener who sticks to tracks and artists you already know and like, this might not be the music app for you because SoundCloud Go is lacking some of the biggest and well-loved names in the music scene.

You won't be finding tracks from Lady GaGa or Jack White on SoundCloud Go, as they are still negotiating with record labels regarding licensing. We hope SoundCloud is able to settle this issue quickly or they could face some trouble.

Despite being labeled the “Youtube of Sound,” SoundCloud Go failed to give us anything innovative with their new app. The lackluster organization makes it appear primordial compared to other prominent music streaming apps that we have all grown to love.

Unsigned artists are not being paid

Although this is more of a SoundCloud issue than anything, we wanted to reiterate how unsigned bands and musicians are still not being paid for their music.

Despite comprising a vast majority of the community, unsigned artists are still not getting the compensation they deserve. We hope to see aggressive efforts from SoundCloud to resolve this issue in the near future. 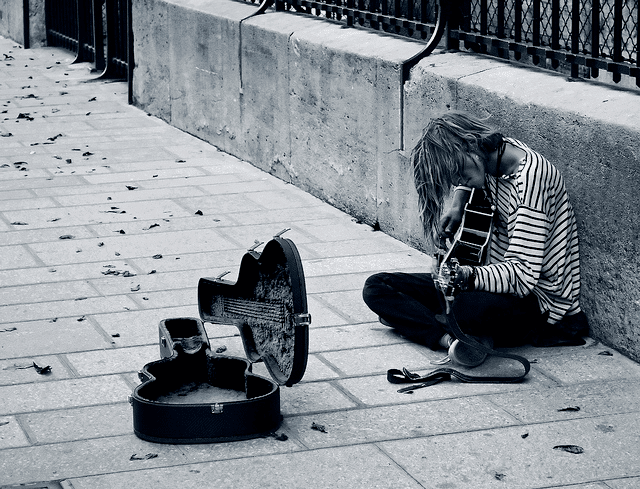 It costs more on iOS

Downloading SoundCloud Go for iOS can cost you $2.99 more. While we all know that apps cost more when sold through the Apple Store, it bothers us to know that you have to pay more to get the same thing as everyone else.

Downloading each track is a bother

We did mention how traditional albums don’t exist on SoundCloud Go, right?

Well, that means you won’t be able to download those albums easily. If you want to download an entire album you have to hunt down each track and download them – one by one.

Searching for a song can be a confusing mess

Users have reported how searching for a particular track can be confusing, as some of the tracks are under the record label’s name instead of the artist’s. You’ll need to be extra patient when looking for a track because, as mentioned, SoundCloud is heavily populated by content creators putting out covers and remixes.

If you only want to see licensed content, there’s a filter for that but then you will end up with very limited results – there seems to be no middle ground with SoundCloud Go’s search function.

The costs can add up

Existing SoundCloud Pro users who pay $10.00 a month will have to fork out $4.99 more to get SoundCloud Go, bringing your monthly membership to $14.99.

One would hope that SoundCloud Go would come free with their regular premium services, but apparently that is not the case.

SoundCloud Go: Yes or No?

There is no denying that going head to head against established music streaming apps is a real bold move from SoundCloud. However, we can’t really say that we are impressed.

The only new feature SoundCloud Go brings is the ability to listen to millions of songs uploaded by new artists, without the barrier of traditional record labels in the way.

There is a free 30-day trial option, so we suggest you try that if you’re curious.

If you’re the type of listener who enjoys going through endless hours of independent tracks, then you will have a lot of fun with SoundCloud Go. If you don’t much care about that, however, and would rather stick with what you know, then just keep your money and stick with the free plan instead because you won’t be able to make the most out of SoundCloud, anyway. 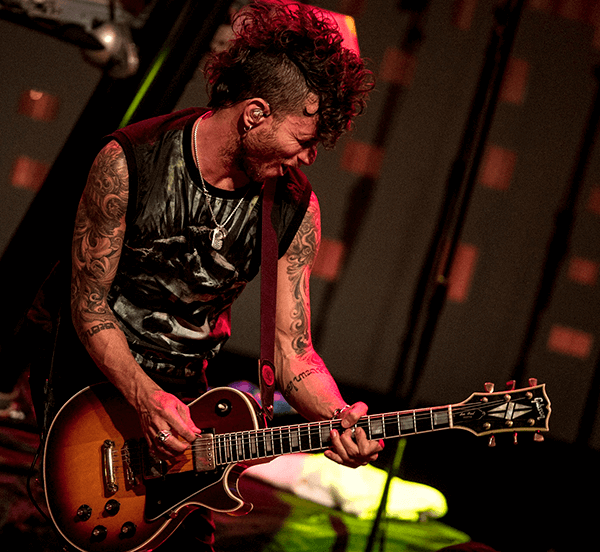